Staying true to their core values of diversity and tolerance, rather than question the cause and effect of practicing multiple sexualities and genders, Gen Z adopts a stance of complete acceptance.

Want to know where we got our sources or want to learn more about Gen Z? Read our Gen Z: Recommended Reading post

” In 3 or 4 years, there are going to be a whole lot more people who don’t think it’s necessary to figure out if you’re gay or straight. It’s like, just do your thing.”

“It was exciting, like a bit sort of dirty, but mostly exciting, secret.

“The thing I couldn’t believe was how much there was of it. It’s like the more you look the more you find, and you can literally find anything…

“So, I kept watching more and more…”

“Do I think this has changed the way I see girls? Yeah. Sort of. I haven’t had a girlfriend and it seems weird to think about the girls I know doing the stuff I watch.

Sending these message and images has actually become a new form of courtship, says James Emery White. However, the physical damage and emotional damage from being an object of pornographic images/videos cannot be overstated. Especially when they are capable of being shared around friendship groups, entire schools and the virtual world!

Staying true to their core values of diversity and tolerance, rather than question the cause and effect of practicing multiple sexualities and genders, Gen Z adopts a stance of complete acceptance.

Gen Z are connected to many different people, cultures and value systems. This has contributed to Gen Z’s value of diversity, acceptance, tolerance and equality.

Among these cultures and subcultures, Gen Z met people and have access to a variety of sexual practices and lifestyle choices. Potentially leading Gen Z to more sexually fluid than other teenagers in the past.

James Emery White highlights a YouGov survey, carried out in the UK, which shows that;

These realities are not confined to sexual fluidity. Gen Z seems more than able to cope with a fluid sense of gender too. One of the major stories of Gen Z’s adolescence was watching Olympian, Bruce Jenner, to Caitlyn Jenner.

Today, most will have friends, or at least acquaintances, who are living out as a gender different from their birth. There is a real sense amongst this generation that;

“Sexuality should be set free from any and all restrictions and people should be allowed to follow their desires, moment by moment.”

It is beyond the scope of this post to offer a depth of responses or applications. The purpose of this post is to help educate us on the perspective of Generation Z. One important conclusion is that it is very difficult for Generation Z to imagine that they can live a full and meaningful life without being sexually active.

Any discussion of a Biblical response must start with the questions of identity. If it is true that we are created by God, the reality is we are primarily spiritual – not sexual! We must help young people see that the Bible, and in particular the life of Christ, shows us that our primary satisfaction will come from our relationship with God and His people, not from our sexual expression.

In my post titled, Gen Z: What kind of Leader Will They Follow?, we discuss the type of leaders the Generation Z will respond to as we navigate these complex issues like sexuality.

Darin is a coach at heart. He loves to develop young leaders to become effective in their local ministries. Darin also serves as Head of Training as he oversees Reign Ministries' training programmes and resources. Darin has been discipling young people for 25 years and brings his love for young people into every part of our organisation.
View all posts

Why Reign do you say? What does Reign Ministries offer that is unique to other universities? How can doing a degree with us help you in your future goals? Gregor, graduated from our degree program in 2017… Have a listen to his thoughts and experience and hear why he chose Reign Ministries UK for his […] 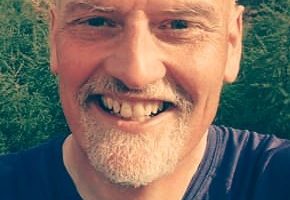 In the western films I remember watching as a child there was always a mule. Stubborn and faithful to the hero themule was a lovable sidekick, at least in my 10 year old imagination it was. As I got older though I discovered that amule is infertile and will never breed a new generation. Unlike […] 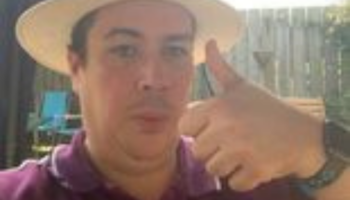 God sees in us what we don’t…

Hi Everyone! My name is Anthony Rodgers and I am in the second year of this 3 year degree course. Why did I choose Reign…. To be honest I was not looking for a university course at all. Reign came looking for me. I felt that I was not the right type of person to […]